Multi-tasking....as only a woman can do 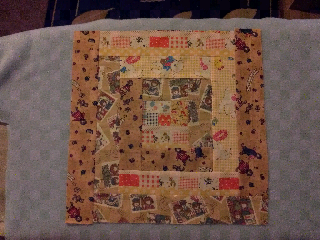 So, as per the recipe, I make up my dough and refrigerate for what was supposed to be half an hour.  It ended up being much longer as I got on with my Log Cabin block.  I have come to the conclusion that this is NOT my favourite block! It is so fiddly and also having to iron in between each and every strip can get a little annoying.  It was just typical that my sewing machine was playing silly buggers and kept loosing the thread!  Overall though, I was happy with the end result. 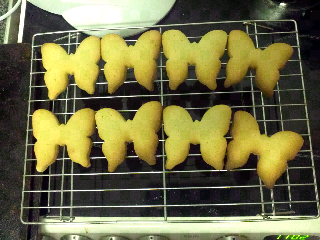 When my eldest son came home at 9pm, I did ask him to finish of the biscuits.  As he loves food tech at school, I thought this would be a piece of cake for him.  How wrong I was!  He didn't flour his surface, so the dough kept sticking to it and he just seemed to not have a clue.  I think in teenage talk, that's his way of saying he doesn't want to do it.  So of course, I ended up taking over from him, mid sewing of my block.  Here's some of the finished batch.
I am hoping to make another batch today, as we have two days of picnicking ahead of us.  I'm thinking maybe some safari animals from the set my sister-in-law got me. 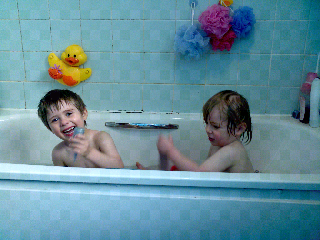 Talking of multi-tasking, I am also doing that now.  Don't you just love tablet pc's.  I am able to write this blog while supervising my little monsters in the bath. :-)

Right, off to shampoo and wash the little monsters.