Reasons to be Cheerful #R2BC

I can't believe it's that time of the week already!  Where has the week gone!  This week the R2BC linky is taking place over at Pressies by Pebbles, so why not pop by and say hello.

This week has been a fairly good week.  We've had one or two meltdowns with Aled, but on the whole it's not been too bad.  My reasons for being cheerful this week are:


Well, that's me for this week!

Todays theme for Snap Happy Britmums daily photo challenge is Joy.  As soon as I saw the theme I knew the perfect picture to link up! 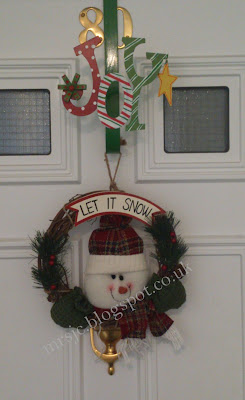 Reasons to be Cheerful (#R2BC)

This week R2BC is being hosted by the lovely Kat over at KatAPillar while Michelle is in Belarus helping out with Operation Christmas Child.  Please pop by and say hello to her!

It seems every time I do a R2BC post recently, it's on the back of a bad one!  As you may have seen from my last post, it's been a bit of a bad week with Aled, resulting in one of my neighbours knocking on my door due to his tantrum!

I also haven't heard back from the job interview I attended on Wednesday, although my mum things that I am being a little impatient on that! lol.

My reasons for being cheerful this week are: 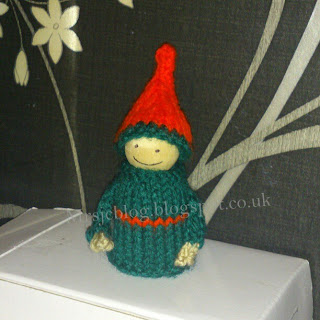 One of my biggest worries about our move to the new place was not any of the usual worries of the actual moving i.e. packing, unpacking, moving it over etc.  Nor was it of changing over the bills etc to the new address.  No, my biggest worry was how my new neighbours would react to Aled's meltdowns.  My old neighbours had pretty much gotten used to how he is and how big a reaction he has over things.

Now that we are living in a middle floor flat, I now have to worry about upstairs and downstairs neighbours. At first I found it very hard and constantly told my boys off for stamping about on the floors.  As time has got on, I assumed that the neighbours have started to get used to us.  They don't really have nothing to do with us, but at the same time, they haven't said anything negative to us either.

One thing that I haven't really written about here on my blog (or anywhere else really) is our issues with Aled.  I guess I've held off talking about it as we have no formal diagnosis for him.  Before Aled had started nursery, I always found it difficult going out with the two boys.  I struggled to control them and would get very stressed and anxious about going out.  Quite often I would come home in tears as I found it so hard.  I thought that I was a terrible mother, who couldn't cope with her children.  I stopped going to toddler groups until we went for the meeting with the nursery teachers about him started there.  They suggested that to help him settle into nursery it would be a good idea to go to their toddler group, which is attached to the nursery.  As per their suggestion, I started going to the toddler group in around May/June time last year.  At first I felt just as bad as I did before, but as time went on, I started to gain a little more confidence in taking them.  Don't get me wrong, it was still a very stressful time for me, but it seemed to get very slightly easier.

During our sessions at toddlers, I started to notice the difference between Aled and the other kids.  I put it down to the fact that he didn't go out in social situations very often and assumed it would get better once he started nursery.  I was wrong.  Aled was very late with his potty training and when he started nursery he still wasn't fully dry.  He started there in the afternoon sessions and the policy at the nursery was that they would change them if they had wet themselves, but not if they had soiled themselves.  I was called to the school pretty much every day to come down and change them.  If my phone rang during nursery hours, I knew it would be them.  One day after a few weeks, the nursery team asked to speak to me.  They suggested that we switched to the morning sessions, as it might be habit that he would go at that time of day.  The mornings worked better, but I was still down the nursery 2-3 times a week to change him and he nearly always had wet clothes to be brought home and washed.

Not only did I have the potty training issue to deal with, but the tantrums got worse.  He wouldn't share toys or play with other children.  His social skills didn't get any better and his speech was way behind everyone else.  Again the nursery team asked to speak to me and they suggested taking him to the drop in health visitor clinic.  They also asked for my permission to refer Aled to the SENCO of the school.  I had a complete meltdown that day and ended up crying my eyes out to the teachers.  I took him the following week to the health visitor, who was an absolutely lovely lady.  Not at all like the ones you usually encounter.  She watched how Aled would play and listen to him while I explained everything that I had seen and encountered and what the nursery was reporting back to me.  For the first time I told someone all my concerns about Aled.  Instead of feeling like I was being judged, she really listened to me and it was such a relief to me.  She pretty much ordered me to go to the doctors as she thought I was suffering from depression.  She also told me of the Speech & Language drop in clinic that is run once a month and referred Aled to the Child Development Centre.

Fast forward to now, a year and two months down the line.  We have been seen by the Child Development Centre twice, six months apart and the next appointment is due around February time.  Both times I have walked out of our appointment with the Child Development Centre and felt well and truly fobbed off.  I didn't feel as though the consultant (or registrar in the case of the second appointment) listened to a word that I had said, but instead, based the decision on a 45 min consultation, done in a 1-2-1 situation where Aled gets all the attention, so of course he's as good as gold!  The first report ended with "I said to his mother, therefore, that while there are some concerns around the possibility of autism, I think it is too soon on the basis of one assessment today to make that statement.  It may just be that he has got some immaturity in his speech and social skills rather than anything more fixed than that..."  Looking back now at that statement, it seems pretty reasonable, however, earlier in the report, some of what I had told him about had been overlooked as it was not present on the day.

The second appointment back in August was even worse.  Everything I told her about, as he didn't show it at the appointment, it was dismissed.  She stated that he showed eye contact, which afterwards I realised that no, he doesn't, he just looks in your general direction!  She assessed him against the Denver scale, on which, in her opinion, he has Speech & Language delay and some delays with his fine motor skills.  Other than a referral to Occupational Therapy (which we've still not heard from) and a follow up in another six months, she offered no other help or support. She even said to me in the appointment that she didn't think that it's autism as he had made eye contact with her!

Aled has also attended two lots of speech therapy, which have helped tremendously, but he isn't fully there yet with his speech.  Both Speech & Language reports state that Aled has difficulties with social communication, attention & listening skills and his social skills.  The second report points it out even more so, and in more detail.  As this report was done after our last assessment by the Child Development Centre, I am hoping that they will take more notice of what is being reported back to them.  The school's SENCO has also stated that she will assess Aled in school and will also write up a report to be sent to the Child Development Centre.  I really do hope that they take notice this time!

So, the reason why I have finally gotten around to writing up this post.  Tonight we had an almighty Aled meltdown.  He has been close to it for the last few days, but today seems to have tipped him over the edge.  Tonight's meltdown was due to the fact that when I said that I was going to make a start on the tea, Aled thought that meant I was taking it out of the oven, rather than putting it in.  We ended up with a major tantrum of which everytime I tried to explain to him, it got worse.  About 15 minutes into the tantrum, I had a knock at the door.  On answering, it was my upstairs neighbour, who I have never seen before, let alone speak to, coming to see if everything is ok.

Whilst I appreciate her concern for my son, I did get quite annoyed when she started asking me questions such as 'is he sick' and asking his name and age as well as my name.  I ended up getting quite upset by the way she was to me.  The way she came across was almost like she was accusing or suspecting me of abusing my son!  I'm sat here wondering if I'm going to end up with Social Services at my door!  After commenting on Facebook about her, I do feel much better now.  Especially as a couple of the people who commented have autistic children themselves, so they know what it's like.

With her coming down this evening, it has made me even more annoyed by the fact that I am being left in limbo waiting for someone to be able to see what I am going through and give us a diagnosis.  I don't want to 'label' my child as my husband puts it, but I do want the help and support that we need.  I want to learn how to avoid the triggers or deal with the meltdowns when they come.  If someone like my neighbour looks down on us, I want to be able to explain why my son has these almighty tantrums, but right now, I don't have that.  I have the suspicions of the Senco and speech therapist, but no formal diagnosis.  This is what annoyed me and upsets me the most.

If you've got to this point, thank you for reading.  It really has helped me to finally write it all out!